Kodeco is the new raywenderlich.com. Read about our changes here.

Kodeco is the new raywenderlich.com

We're excited to introduce our new name, and our new look and feel, with all of the same content you know and love! 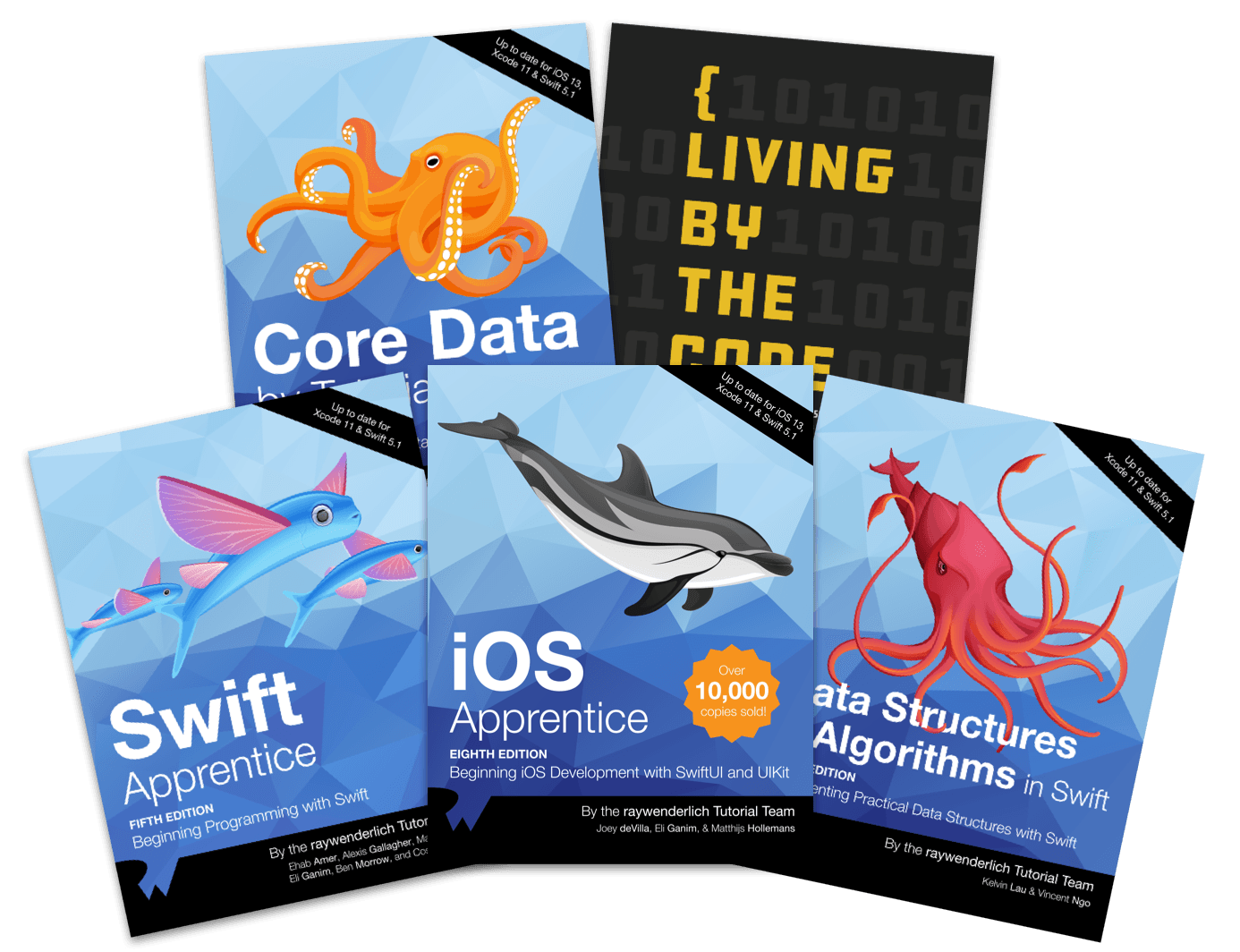 Includes our best digital edition books to get you coding in iOS and Swift: iOS Apprentice, Swift Apprentice, Core Data by Tutorials, Data Structures & Algorithms in Swift — and a bonus book: Living by the Code! 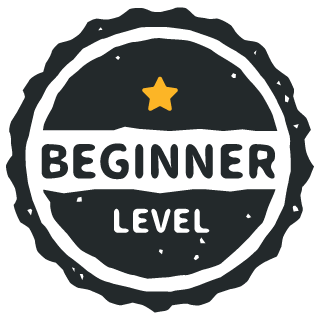 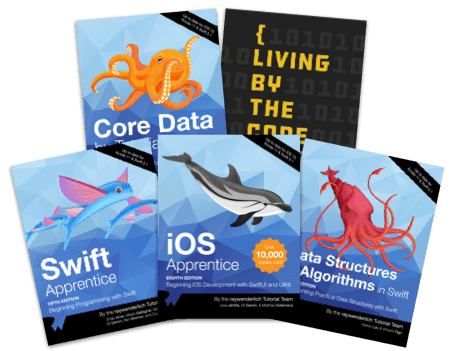 We’ve bundled our best books to help you get started with your development career as an iOS and Swift developer! 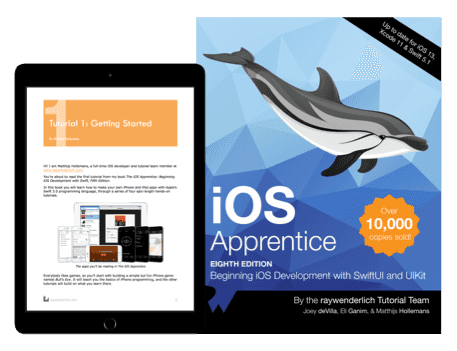 The iOS Apprentice is a series of epic-length tutorials for beginners where you’ll learn how to build 4 complete apps from scratch.

Each new app will be a little more advanced than the one before, and together they cover everything you need to know to make your own apps. By the end of the series you’ll be experienced enough to turn your ideas into real apps that you can sell on the App Store.

These tutorials have easy to follow step-by-step instructions, and consist of more than 900 pages and 500 illustrations! You also get full source code, image files, and other resources you can re-use for your own projects.

You’re not going to create quick example programs that demonstrate how to accomplish a single feature. Instead, you’ll develop complete, fully-formed apps that are good enough to submit to the App Store! 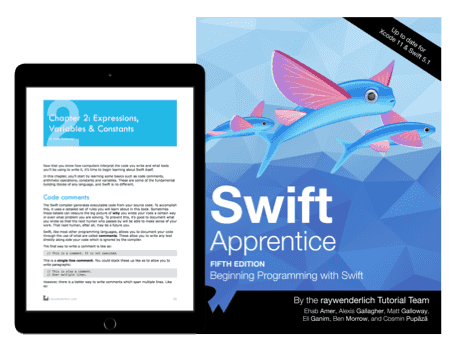 This is a book for complete beginners to Apple’s new, modern programming language — Swift.

All the code in the book works inside of Xcode’s easy-to-use playgrounds. That means you can focus on core Swift language concepts, such as classes, protocols, and generics, instead of getting bogged down in the details of building apps. 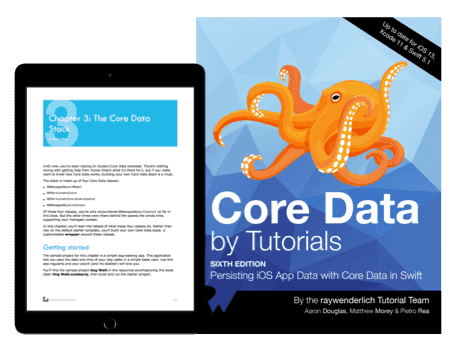 Take control of your data in iOS apps using Core Data, through a series of high quality hands-on tutorials.

Start with the basics like setting up your own Core Data Stack all the way to advanced topics like migration, performance, multithreading, and more! By the end of this book, you’ll have hands-on experience with Core Data and will be ready to use it in your own apps. 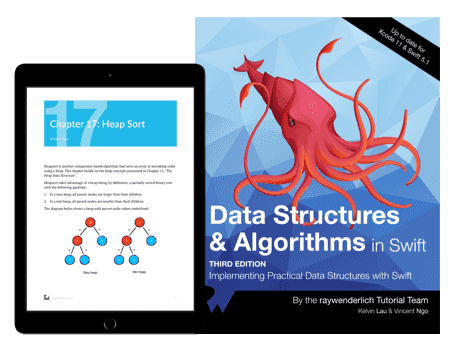 Understanding how data structures and algorithms work in code is crucial for creating efficient and scalable apps — not to mention its importance in succeeding at your next whiteboard programming interview!

In Data Structures & Algorithms in Swift, you’ll learn how to implement the most popular and useful data structures, and when and why you should use one particular data structure or algorithm over another. This set of basic data structures and algorithms will serve as an excellent foundation for building more complex and special-purpose constructs. As well, the high-level expressiveness of Swift makes it an ideal choice for learning these core concepts without sacrificing performance.

By the end of this book, you’ll have hands-on experience solving common issues with data structures and algorithms — and you’ll be well on your way to developing your own efficient and useful implementations!

Bonus: Living by the Code 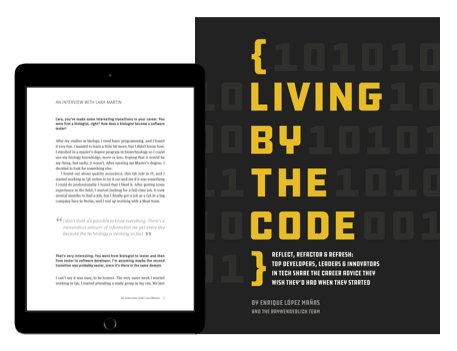 It’s hard to make it as a developer in today’s tech world, and even harder to find mentors who can give you the straight advice on what it takes to go from good, to great, to amazing.

Living by the Code brings the experiences and insights of over 30 of these influencers together in one single book, to help you grow your career in today’s ever-changing technical landscape.

If you’re struggling to make your mark in the competitive tech industry, then this book is what you need to make your best career move — no matter whether you’re a developer for a big corporation, a scrappy solo entrepreneur, or someone in between.

It’s like having dozens of tech’s best mentors — right at your fingertips.

Note: iOS Apprentice is out under an early-access model. You’ll receive the full version of this book when it are released in full. Anticipated release date: Late 2019. 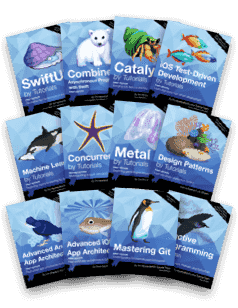 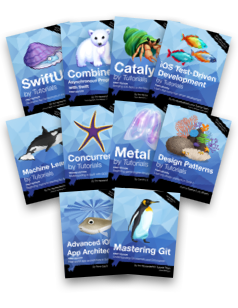 Leave a review for this product

Includes our best digital edition books to get you coding in iOS and Swift: iOS Apprentice, Swift Apprentice, Core Data by Tutorials, Data Structures & Algorithms in Swift — and a bonus book: Living by the Code!